Poland, 1941. Sixteen-year-old Harry Haft is sent to Auschwitz. When he is forced to fight against other inmates for the amusement of the SS officers, Haft shows extraordinary strength and courage, and a determination to survive. As the Soviet Army advances in April 1945, he makes a daring escape from the death march. After the war, having escaped the Nazis, Haft again puts his strength to good use, establishing a career as a prize fighter in the USA. In The Boxer, Reinhard Kleist reveals another side to the steely Harry Haft: a man struggling to escape the memories of the fiancée he left behind in Poland. This is a powerful graphic novel about love and the will to survive.

Hertzko Hafts biography was first published in the States by Syracuse press and in Germany by “Die Werkstatt”. It was told by his son Alan Scott Haft from interviews that he did in the year 2002. The comic was published in 2011 by the newspaper “Frankfurter Allgemeine Zeitung” in 111 strips. It came out as a book in Germany in 2012 and has been translated into Italian, English, Bulgarian, Portugues, French, Greek, Indonesian, Czech, Serbian, Hebrew, Spanish, Chinese and Macedonian.

Currently there is a movie in the making with Ben Foster and Danny DeVito. 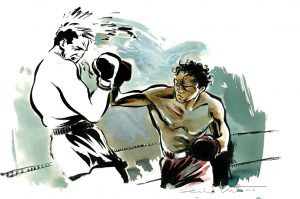 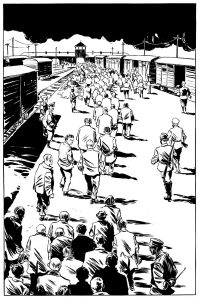 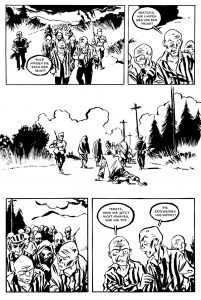 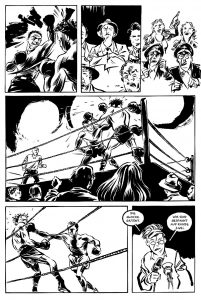 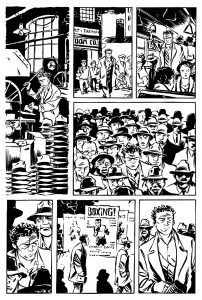 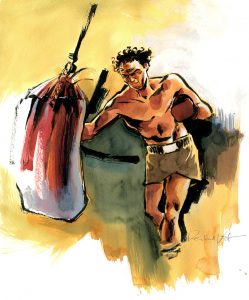 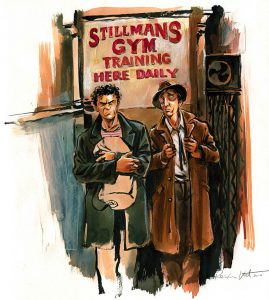 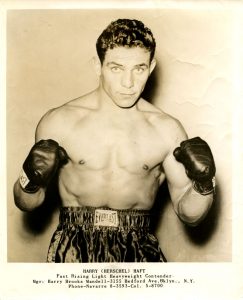